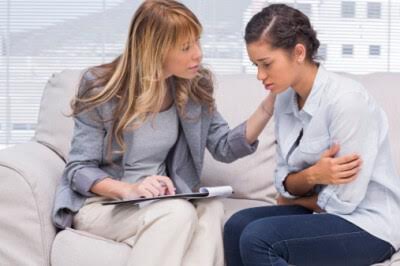 One of the more difficult conversations to have with an employee is any one that involves discussion how their performance needs to improve. There are huge emotional walls many managers need to get over to be effective managers of employee performance. Many managers are fearful they will hurt the employees’ feelings or make them cry. Other managers struggle because they want and need to know exactly what will transpire in the conversation. The fear of the unknown holds them back. Some newer managers just don’t know where to begin. They see areas where the employee can improve, but have no idea what to say or how to say it.

Practice the seven steps of my coaching model below. I have been sharing these steps with leaders through my keynotes and workshops since 2007. The more comfortable you get with them the more effective you will be at improving your employees’ performance.

Step One — Get directly to the point

Years ago I was a young minister at a small rural church.  The story below is true.  I share it often to impress upon listeners the importance of getting to the point when you have something difficult for you to say.

Have you ever received a phone call in the middle of the night? Your heart races, and as you reach for the phone you start to brace yourself for what could only be bad news. When you’re a new preacher, you get those phone calls often. This one was from a stranger – a man from another church in another state – to tell me they needed my help.

One of their members – a mister Billy White – was right down the street staying in a hotel after pulling a long shift as a truck driver. Billy had been worried about his daughter – thought she might hurt herself – and had been calling back home all day to check on her.  Billy’s worst nightmare had come true – his daughter took her own life with Billy’s own gun.  And somebody needed to go tell Billy something that should only be told in person.

My heart jumped out to this man, Billy, who I had never met, as the stranger asked if I would please go tell Billy, and sit with him until they could arrive to bring him home. He’d be in no condition to drive.

I said yes without thinking – without thinking about how I would tell someone that his precious daughter was gone.  I wasn’t sure whether it should be easier that he was a stranger – or harder.

Billy White was twice my size with a life of hard living written across his face. My throat went dry when I saw the gun laying holstered on top of his open suitcase, and I wished that I were anywhere but here – about to have this conversation.  I thought of running – I thought of different ways to start the painful process – and finally decided that the situation called for truth – direct truth. And in the late hours of the night, as we sat on a thin mattress beside a blinking gas station light – I told Billy White what had happened – and I held Billy’s hand while he wept.

I still think of Billy sometimes – wonder where he is, how he’s doing.  And I think of him every time I have to deliver news that I don’t want to deliver – and I remember the lesson I learned that night. When you have to deliver bad news, the kindest thing you can do, is to be direct. We can handle wounds delivered from a friend.

Who needs to hear bad news from you?  Who on your team needs to have the performance discussion, but you keep putting it off.  Why?  Too often we put it off because of our own discomfort. We don’t want to feel uncomfortable.  We don’t want to make them feel uncomfortable.  We don’t want to do or say anything that may make them feel bad.  This is not leadership.  (I challenge people to look at leadership through the point of view of a great sports coach).  Would a coach worry or apologize about blowing the whistle, pulling his player to the sideline to help him or her learn how to run the pay better?  No?  Why?  Because a coach comes to work every day with that one goal in mind.  How do I make the people on my team better?  Players may at first dread these ‘coaching moments’ but in time they learn to appreciate them because they know the coach wants to teach them something.

Have you been called into the boss’ office only to listen to a rambling of generalized concerns? You ask yourself “What is his point? Why did he call me in here? What does he want me to do differently?”

When you sit down with an employee to discuss their performance you are not to suggest or imply anything! Be direct! Indirectness accomplishes nothing.  Greet them warmly and then in the very next sentence tell them why you called the meeting and what the issue or issues are.

I am often asked, “What do I say?” I respond by asking, “What is it that you are concerned about?” A common response may be that they are concerned about some laziness or work errors or sales performance. My reply is simple, “Just tell them that!” Your first sentence should be, “Thanks for coming in to see me; I appreciate it. I brought you in here today to discuss your laziness, the errors you are making, or your low sales performance.” “Just like that?” They ask. Yes, just like that.

The reason we don’t speak directly to our employees is most often our own fear. When we do get up the nerve to say what needs to be said it is rarely difficult. Most of the time our employees appreciate the feedback. I will challenge you with this statement: Your employee performance struggles are your fault! The fault lies with you until you sit down and have the coaching conversation to help them improve. Only they have you transferred the responsibility from you to them.